Conflict provides the crucible for me to grow in my areas of weakness—empathy and vulnerability. 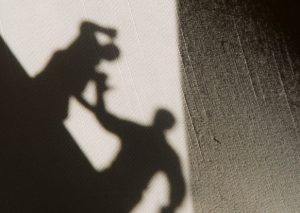 I learned this somewhat accidentally when I attended the Nurturing Communities conference in 2017.  While there, I noticed a workshop on non-violent communication (NVC). As a community leader, I saw it as an opportunity to pick up some useful techniques to solve the ever-present conflicts that plague community. The workshop—which involved a pack of “feeling” cards—presented by the ebullient Karen Sloan and her kindly husband Dave Carlton, taught me a lot.

Feelings have never been my strength. As a repressed white boy, I made a decision in the 4th grade to live in my head rather than my heart. I had seen the damage that raging emotions can do so I determined to follow the way of Star Trek’s Dr. Spock. That plan, however, wasn’t working very well. Cold logic didn’t help me connect well with others, myself, or God.

Non-violent communication is all about identifying and articulating emotions. It recognizes that in spite of the fanciful stories we may tell ourselves about being primarily rational, we humans are mostly intuitive and emotional beings. In conflict, someone feels irritated, frustrated, or angry.

With that simple insight, NVC gets to the root causes of conflict. Its basic formula is: observation, feeling, need, request. I might tell my housemate “When you leave for work without saying goodbye (observation), I feel sad (feeling) because I want connection with you (need). Would you be willing to say goodbye before you leave (request)?

Alternatively, one might try to empathize with another person by saying something like, “You are speaking very loudly (observation). I wonder if you feel frustrated (feeling) with me because you have a need to feel supported (need).” Even if your guess is wrong, it gives the chance for the other person to say what he or she is feeling and needs. Once you know that, there is a better chance of figuring out a resolution.

I recommend reading Marshall Rosenberg’s excellent Nonviolent Communication: A Language of Life for a deep explanation of each aspect of NCV. One might, for instance, think that it would be fine to say, “I feel insulted” rather than “I feel sad.” Rosenberg points out, however, that “insulted” is more of an accusation than a simple report of a feeling.

As I wrote at the beginning of this article, NVC has helped me see conflict as an opportunity for empathy and vulnerability. As I learned about NVC I decided to apply the concepts to a conflict I was having with a friend. I felt like I was in the right, that the issue was petty, and that if I argued it out I would win. But using the NVC framework I sat quietly in a chair for ten minutes and tried to imagine what she was feeling. I wrote down the top five

emotions that seemed likely and then picked the top two. I went to her and said something like, “when I did (________), I wonder if you felt angry and betrayed.”

When I said that, I saw her soften immediately and felt my own heart convulse with remorse. I realized why this conflict wasn’t “petty”—the emotions she felt were very disturbing. I also realized that by doing the work of empathy, I was growing in love. I was recovering from my unfeeling isolation.

I also realized that for full reconciliation, I needed to express my own feelings and needs. In that moment I realized that NVC requires more courage than my usual “rational” attack mode. By talking about my needs, I was handing her clear ways to hurt me. But, as is often the case, my vulnerability drew out compassion in her rather than attack. We ended up grinning a bit at how complete our new togetherness felt.

I forget these lessons all the time. I can easily revert to my old modes of trying to “win” through intellectual prowess, power, and argument. But, at my best, I remember that conflict can be one of the best opportunities I have to grow in love.