While the powers and principalities are always at work to oppress and hurt, there are moments when they seem to gather strength. It is the church’s task to discern such times, and to faithfully resist and model a better way. 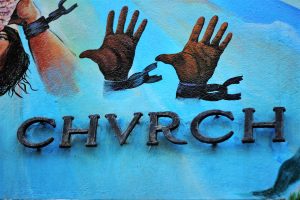 Those of us concerned about such developments are weary. Each day brings news of new evil. Protest can sometimes seem ineffectual and cement each side in its posture. The current grim reality show seems to conscript each of us.

The church, however, has its own yearly drama in which we participate in a larger and better story. As we enter Lent— a time for reflection, repentance, and prayer—how might the church find its prophetic voice?

The above questions may seem overwhelming. Hopefully, they are just provocations and prompts to help church communities think well about how to embrace Lent in our current situation. Even if communities just choose one thing, and do it with commitment, that matters. Is there one thing that you want to do?