The Secret of the Christian Life

Finding the Key to Spiritual Growth

The Secret of the Christian Life

Finding the Key to Spiritual Growth

My father used to say the secret of the Christian life is that there is no secret. We just have to keep putting one foot in front of the other, trying to be faithful to God.

There are no magic bullets. No easy answers. It’s a matter of slogging out our discipleship day after day, year after year, decade after decade. When we’ve given up supposing that our problems can be solved by speaking in tongues, getting a different job, fighting for justice, or having a mystical experience, then we can get on with the gradual process of growing in Christ. A long journey in the same direction. 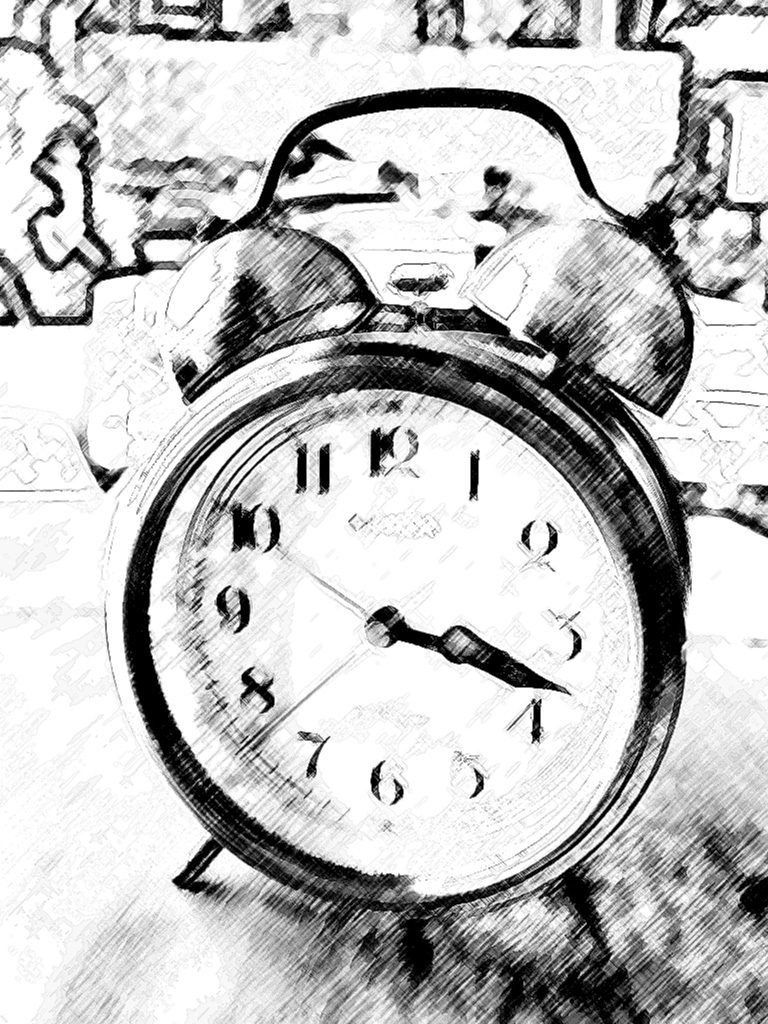 My college pastor used to say that the secret of the Christian life is an alarm clock. His statement annoyed me greatly because I was in a romantic phase and valued spontaneity. But I think he meant the same thing my dad did. There are no quick fixes, only getting up every day, seeking God’s word for us then doing our best to live it. Day after day. Year after year. That’s the secret of how we grow into the fullness of Christ.

That doesn’t mean there aren’t some important clues about how to grow. It means those clues aren’t magic.

One clue is implied by my college pastor’s alarm clock. We need to seek God’s word for us in Bible study, meditation, and prayer. We grow by soaking ourselves in God’s Word instead of in The Wall Street Journal or television. Whatever we immerse ourselves in, day by day, year by year, we become. Eventually. A long journey.

No magic bullets, but real effects.

And as we search out God’s word for us, we soon discover another of the clues. What it is all about is love. Laying down our lives for each other the way Jesus did for us. Living in reconciliation. Not harboring resentments toward people but loving them. Being a servant instead of a master. Finding pleasure not in feeling superior to people but in loving them.

Again, that’s no magic bullet. It’s a process, or even a goal. It gives us a paradigm for life. It tells us that the point isn’t keeping the rules or saving your soul or arriving at personal holiness or achieving academic mastery of the Bible. The point is loving your sisters and brothers. That allows us to see the way home, even though it doesn’t get us there overnight.

We have to remember love, or we're liable to take our long journey in the wrong direction. Click To Tweet

The New Testament is perfectly plain about what the church is meant to be. It’s not obscurely stated the way things in the cabala often are. What has obscured our understanding of it is the churches in our culture.

Over decades and centuries, something has developed in our culture that we call church. It bears remarkable little resemblance to what the New Testament talks about as church. Most Christians would even tell you so if asked. But in a remarkable example of disobedience, we settle for our culture’s idea of the church. 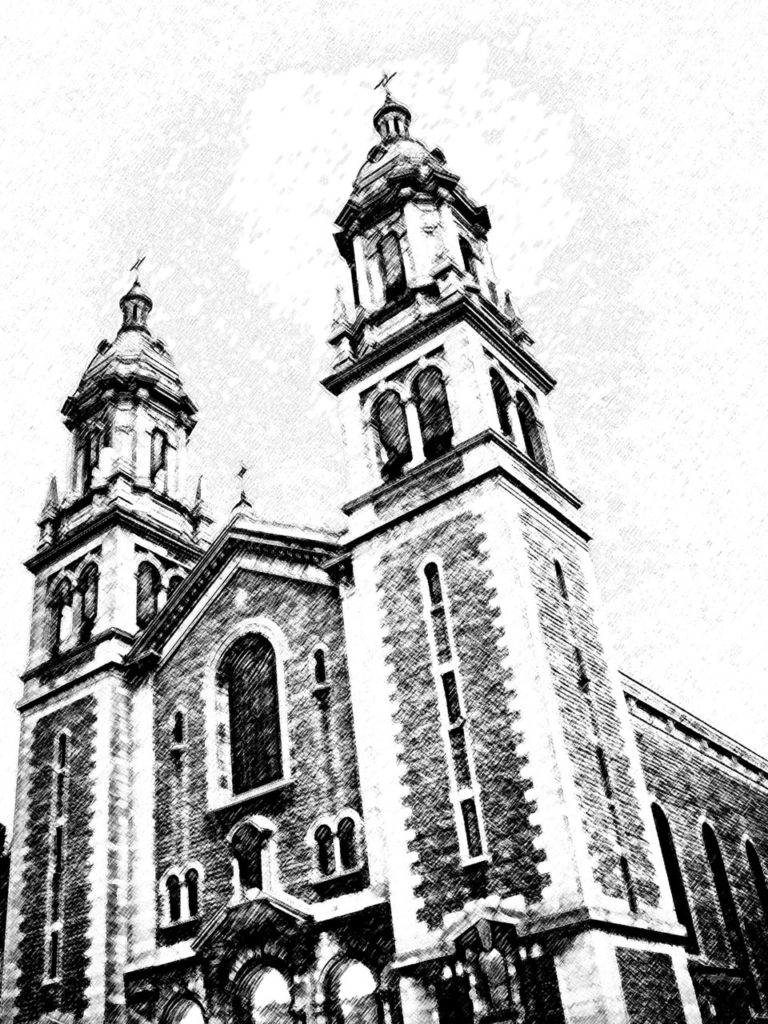 I suppose it’s understandable. A vast, worldwide network of these institutions has developed a system that includes more than a billion people. How do you fight a system like that? It’s like trying to set up an alternate U.S. government. Neither our present government nor our present church system is what their respective founders intended or what anyone much wants, but what is the point of a few of us trying to do better? We should just join the system, crazy as it is, and improve it what little we can. Anything else is utopian foolishness. Systems can’t be fundamentally changed.

Except that we then have to content ourselves with being spiritual runts. And not just ourselves, but everyone. Because the New Testament is clear: we grow up in Christ to the extent that our church is functioning the way it’s supposed to. Or as Paul puts it, “As each part is working properly, the whole body promotes its growth by building itself up in love” (Eph. 4:16).

As each part is working properly? That means if I am not doing my part in church, then the whole body won’t be growing as it should. If you aren’t doing your part, if the pastor isn’t pastoring, if some of the parts refuse even to be part of the church, then the whole body isn’t growing as it should. We then won’t love each other as much as we should—or could.

Paul is rather precise about his meaning. Through the incarnation, crucifixion, resurrection, and ascension, Jesus acquired gifts and gave them to his body, the church (Eph. 4:7-9). Gifts like teaching and pastoring, evangelism (Eph. 4:11), speaking in tongues, prophesying, giving, serving the poor (1 Cor. 12-14; Rom. 12:3-8). Growth happens when we use the gifts he gave us, not for ourselves but for each other. “He gave the gifts . . . to equip the saints for the work of ministry and for building up the body of Christ until all of us come . . . to maturity, to the measure of the full stature of Christ” (Eph 4:11-13).

He gave us these gifts so we would grow up as a church to the full stature of Christ. Click To Tweet

Now, I don’t mean to say that no gifts are used in system churches, that no part is working properly. When I’m exasperated, I sometimes feel that way, but it’s not true. I suppose that even the worst churches have some parts working properly. The essence of many system churches is preaching and teaching, and while that was never meant to stand alone, it’s an important part of the church. To the extent that it is done properly, spiritual growth happens. Other churches serve the poor, and while that wasn’t meant to stand alone either, to the extent that it happens, spiritual growth happens. Others focus on worship (especially charismatics and those with high-church liturgies), and to the extent that they worship God together, spiritual growth happens. And so on.

But few churches welcome or have a way to use the full range of Christ’s gifts to us. You can’t when a few people do all the performing. You can’t when for every person standing in front, ninety-nine commute in to watch them perform.

In other words, we’re using about 1 percent of the gifts Christ gave us.

It’s shocking in the utilitarian sense that it means that we’ve chosen to be spiritual runts.

But it’s perhaps even more shocking in the sense that it means we’re contemptuous of Christ and the gifts he gave us. If I’m reading Ephesians 4 correctly, when he left this earth, Jesus left us presents. These were not the kind of presents we get for our families on birthdays—things bought in the department store in the section for people who already have everything. Christ’s presents were costly, very costly, presents he got through the painful process of becoming human, being crucified, and then rising in power.

And we leave them unopened.

I said we were spiritual runts by choice. And I think that true, but it’s not the whole story.

Another reason we have failed to grow is because we’ve never seen a church using a reasonable percentage of the gifts Christ gave us. We can’t envision what a different church would look like. We’re so limited by the practices of system churches that we can’t imagine what it would mean to use the gifts of the other 99 percent of us.

What do you do, make lots of people ushers? Enlarge the choir? It’s hard to see how these changes would produce dramatic growth in love. Those are obvious changes to make in system churches, perhaps the only obvious ones. But they just don’t do much.

[tweetshareinline tweet=”We need a different model where the church isn’t a building with meetings to observe performers” via=”no”]but where it’s people being formed into a body, a group of people who depend on each other, use each other, help each other. Where it’s church if two believers are together in a café or at work or over dinner. Where the majority of the work of the church is done one-on-one with no paid staff present. My encouraging you. You helping me. Her confronting me

But for that to happen, our lives have to overlap. A lot.

As we all know, New Testament churches were neighborhood gatherings in believers’ homes. People’s lives overlapped not for a few hours on Sunday, but at work, in the market, cooking dinner, throughout life. They were together enough to use their gifts for each other.

It’s not a magic bullet—it’s a long journey in the same direction. But if we choose it as our way of life, we will together gradually grow up in love . . . to the full stature of Christ. 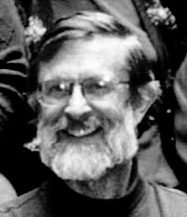 John F. Alexander was editor of The Other Side Magazine (this article appeared in the March-April 1993 issue) and was a pastor at the Church of the Sojourners.