(the following is an excerpt from Zoe’s sermon; check out the audio for the full sermon)

. . . Paul says that Sarah and Hagar represent two covenants. It feels very clear-cut, the way he lays it out. He says there is a covenant of freedom, and a covenant of slavery. Which one do you want to belong to? While thinking about this sermon, I spent a lot of time looking at the story of Hagar and Sarah. It’s really not as simple as it seems.

Abraham is seemingly randomly selected by God for a special blessing, not for any particular goodness or faithfulness he has displayed. Abraham shows himself to be both loyal to God and fearfully self-protective in the twists and turns of the story. Abraham complains to God about being childless (men are never called barren) and God promises to him that he will have as many descendants as there are stars in the sky, and land for them to live on. God tells him his elderly wife, Sarah, will bear the child through which all this will happen. Abraham believed him, and that was his great moment of faithfulness.

But this very Abraham, who has just been held up as the model of faithfulness, eventually falters in his belief that God can bring a child to Sarah. And Sarah doesn’t believe God can do it either. So in an act of faithlessness, they make arrangements for Abraham to get Sarah’s slave Hagar pregnant. It feels complicated to me that it is Abraham and Sarah’s faithlessness that brings this about, not Hagar’s faithlessness. Hagar is a slave. She is ordered to sleep with her master. It also feels complicated to me that Hagar easily gets pregnant. Throughout the Old Testament, it is said over and over that God is the one responsible for women’s barrenness or fertility. Why would God allow Hagar to get pregnant out of Abraham and Sarah’s act of faithlessness? 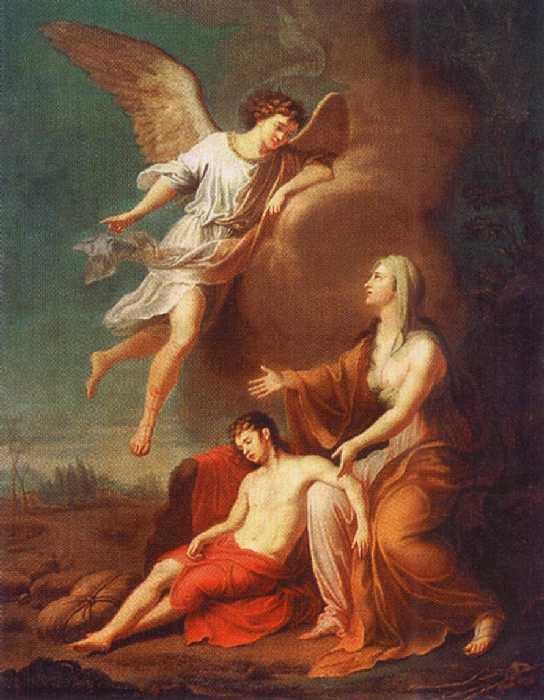 When Hagar gets pregnant, she looks down on Sarah. Sarah gets jealous and treats her so badly that Hagar runs away and is utterly alone in the wilderness. God speaks to her through an angel, and consoles her, and promises a similar promise, that her offspring will be more than could ever be counted. A few years later, after Isaac is born to Sarah, once again Hagar is banished to the wilderness because of Sarah’s jealousy. Hagar is utterly desolate, out in the desert with Abraham’s firstborn son Ishmael. She puts him under a bush because she doesn’t want to see him die. It is such an awful scene of desolation and abandonment. She cries out to God, and God answers her prayer, protects her and Ishmael, and blesses them. It would seem to me that Hagar, in this story, is not a simple picture of faithlessness while Sarah and Abraham are simple models of faithfulness. Hagar is a desolate slave woman, crying out to God. Sarah is the jealous wife who did not believe God could do what he said he would do and took matters in her own hands in a way that did not work out well for her.

He is looking at what God is doing.

God is bringing something to fruition.

This is not about praising Sarah or condemning Hagar. Hagar, Paul says, represents Mt. Sinai. Mt. Sinai is where the law was given. That part of the story, Paul says, has come to fruition! It is finished. The whole reason for God to have circumcision and the law came to fruition in the coming of the Messiah, and now that is done. There is no need to continue in it. The law was not bad or evil. But it would be like trying to go back into your mother’s womb to continue to operate in that manner. It had a purpose, and it played a part in the history of God’s people, and that purpose has been beautifully accomplished. Don’t you see, Paul says, God has already birthed you! You can’t go backwards. There is a new covenant. Now, he says, in Christ Jesus neither circumcision nor uncircumcision has any value. The only thing that counts is faith expressing itself through love. What matters is that God has done something new!